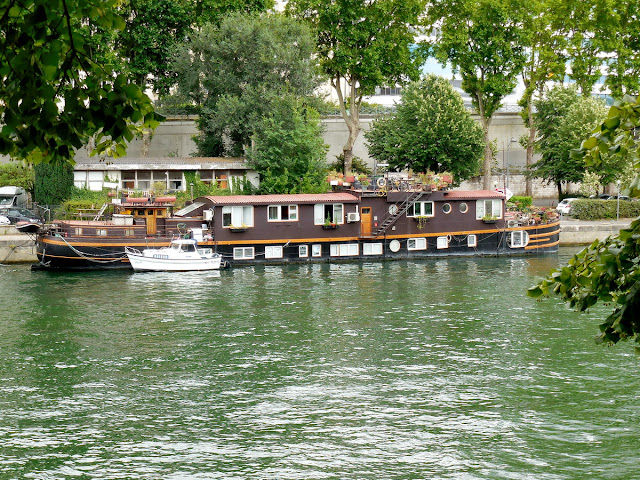 A couple of times this summer, this houseboat has particularly attracted our attention because of its size and the way it seems to ramble on, from one end to the other, in a hodge podge of rooms. 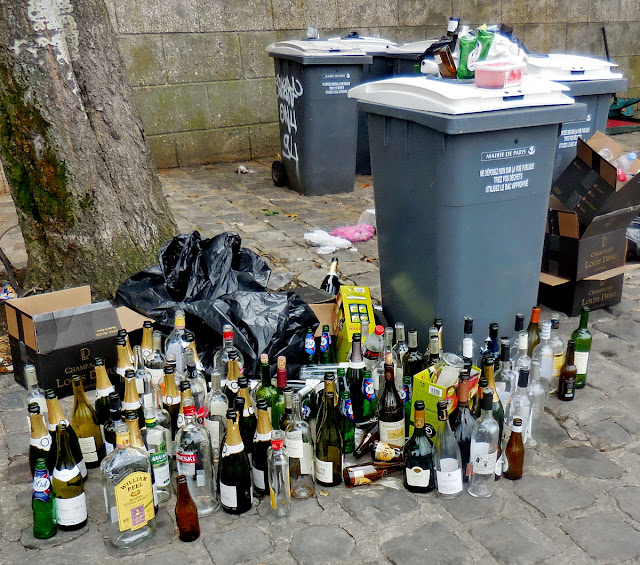 Sometimes I'm amazed at the orderliness of Parisians.  Time after time, I've seen a scene like this:  the glass receptacle is full, so bottles are neatly set up on the pavement, waiting for the "green men" to collect them.  This particular scene is on the riverbank. 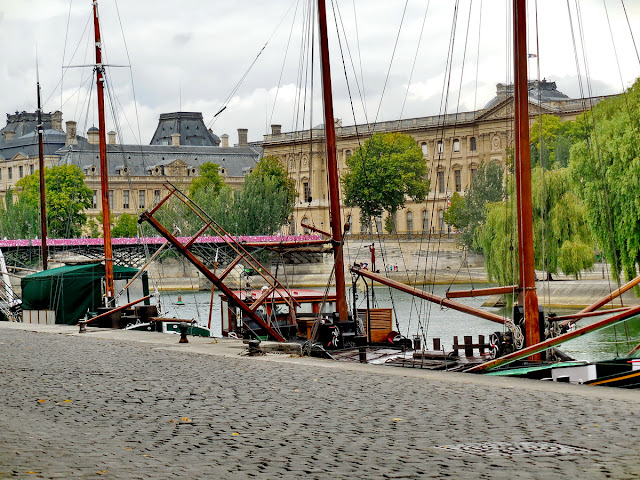 Sailing vessels across from the Louvre and the Passerelle des Arts. 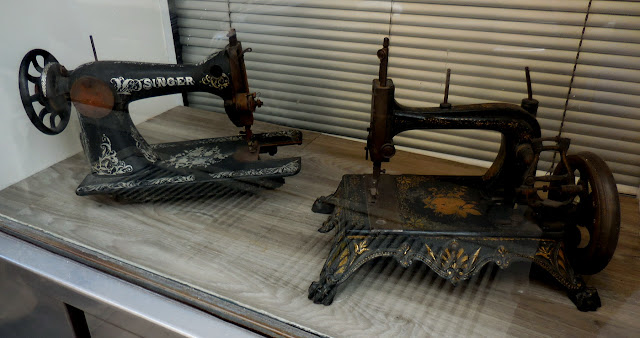 Old Singer sewing machines just filling up a space in a window. 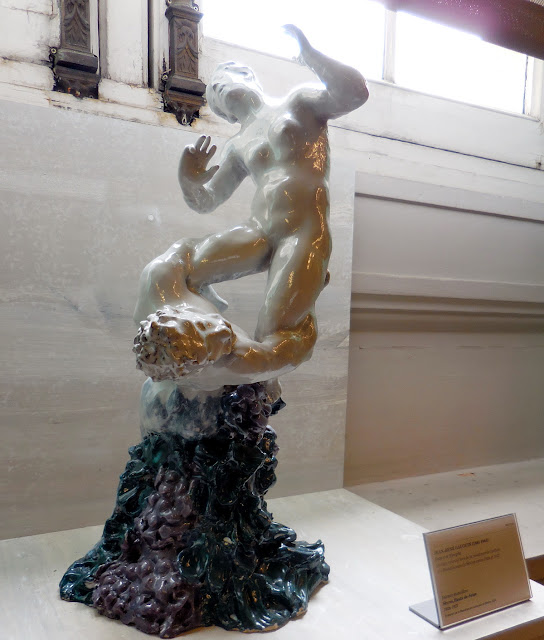 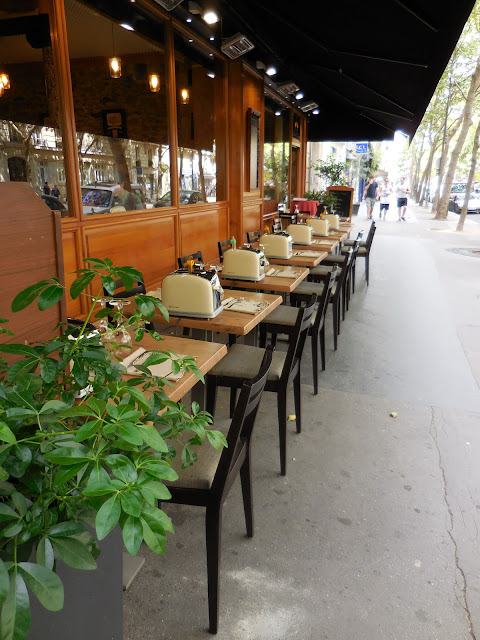 Toasters on outdoor tables at the fois gras restaurant. 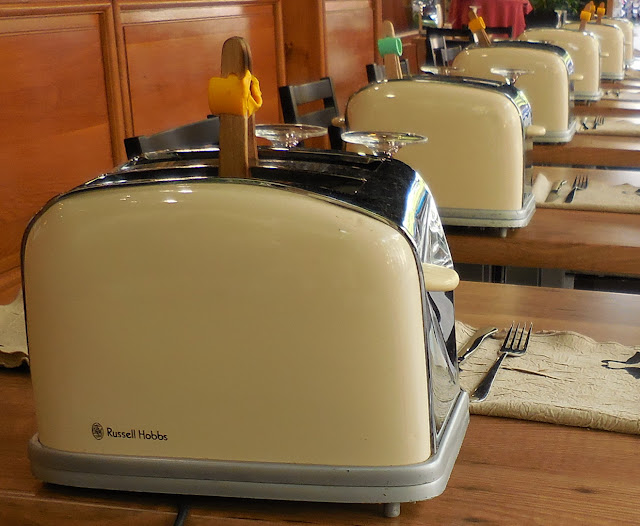 Wooden tongs are supplied with the toasters.  When it rains?  The toasters are put away. 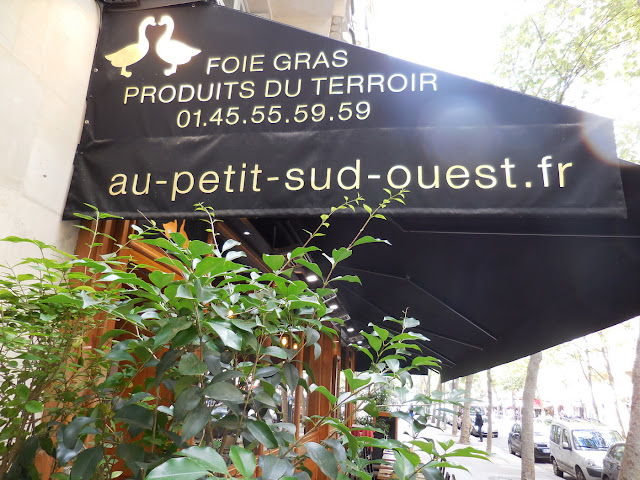 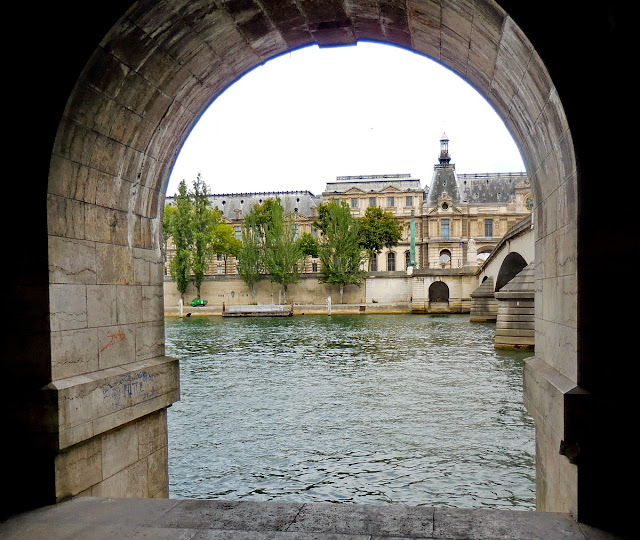 A view of the Louvre from the left bank of the Seine. 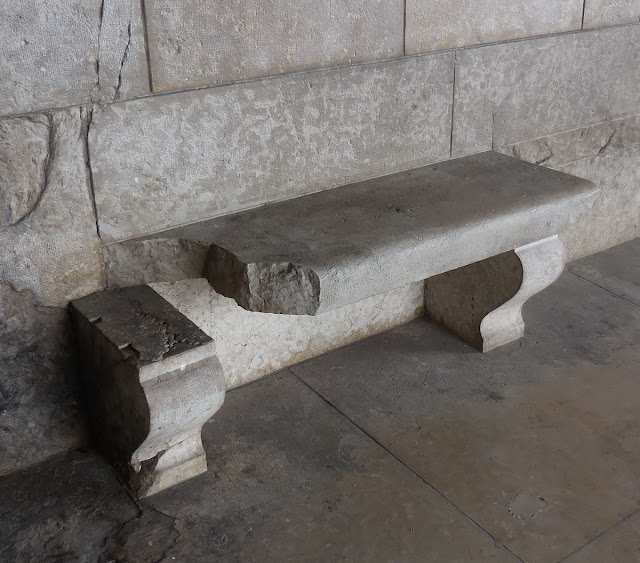 Once upon a time, years ago, we sat on this bench with our dear cat, General Burnside, and looked at the Louvre -- the same view as in the photo above this one -- in the rain.  The bench was unbroken then, and we were in the shelter of the Pont du Carrousel.  People on the tourist boats waved and smiled at the three of us.  The General passed away in September 2004 at the ripe old age of at least 21.  He was a rescue cat who adopted us; he was with us for fourteen years.  We think of him every time we pass this bench under the bridge.  That's why broken benches should be mended.  The memory is a happy one, not a broken one.
Posted by Barbara Joy Cooley at 3:29 AM