The Fondation Calouste Gulbenkian's French outpost is situated in a handsome building on the Boulevard de la Tour Maubourg in the 7th arrondissement.  This foundation is a Portuguese charitable institution that promotes arts, sciences, education, and philanthropy.  Never heard of it?  Well, it is one of the wealthiest charitable institutions in the world.

Gulbenkian was the son of an oil man from Armenia.  He grew up in Istanbul and attended a French high school there.  At age 15, he moved to Marseilles to finish high school and improve his French.

He majored in petroleum engineering at Kings College in London, graduating at age 20.  At some point, he became a British citizen.


He played an important role in making oil from the Middle East available to Western countries.  He lived not just in Lisbon, but also in Istanbul, London, and, of course, Paris.

Here in Paris, his very large home on the Avenue D'Iéna was filled with art that he collected.  All told, he collected over 6,000 works of art.  At one point, to make room in his Paris house, he loaned many paintings to the National Gallery in London and sculptures to the British Museum.

During his lifetime, Gulbenkian gave vast amounts of money to charities, in particular ones that benefited Armenian people.  His final gift was the foundation that bears his name. 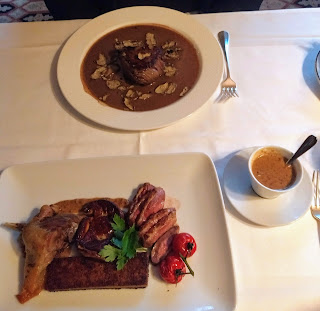 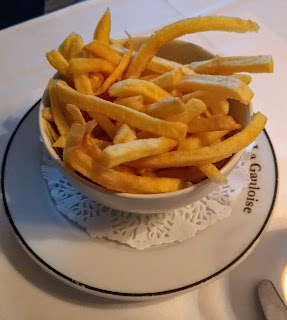 Posted by Barbara Joy Cooley at 3:30 AM