Door to the chapel at the Clinique Blomet private hospital, on the rue Blomet. 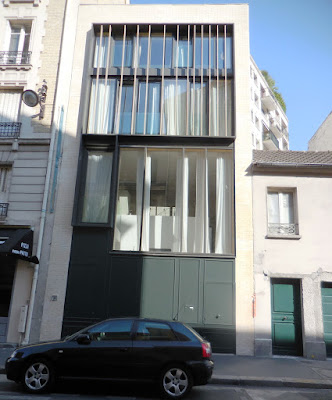 Old workshops are scattered throughout the 15th arrondissement, which was a fairly industrial area in the 19th Century.  This one, sandwiched between an old Grenelle village home and an apartment building, has been turned into a light, airy house (on the rue des Freres Morane).
The windows face west. 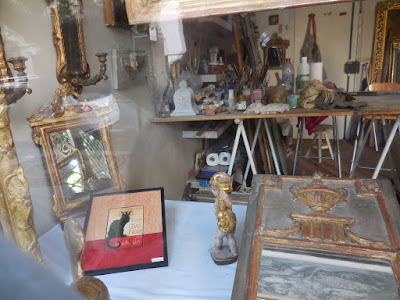 Shop on the rue de Cronstadt where picture frames and other lovely things are restored. 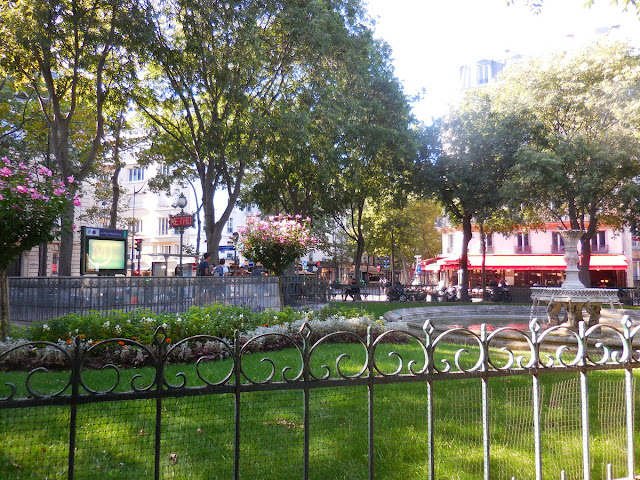 Place Salvador Allende, in the 7th arrondissement, near Les Invalides.  Up until 2003, this park was called Place Santiago-du-Chili.  The brasserie in the background is called La Source, and so I wonder if the fountain in this park is spring-fed?

Les Invalides, above and below. 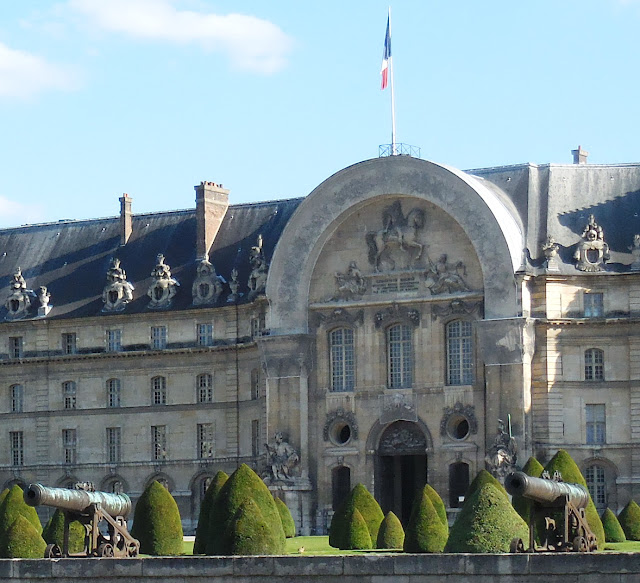 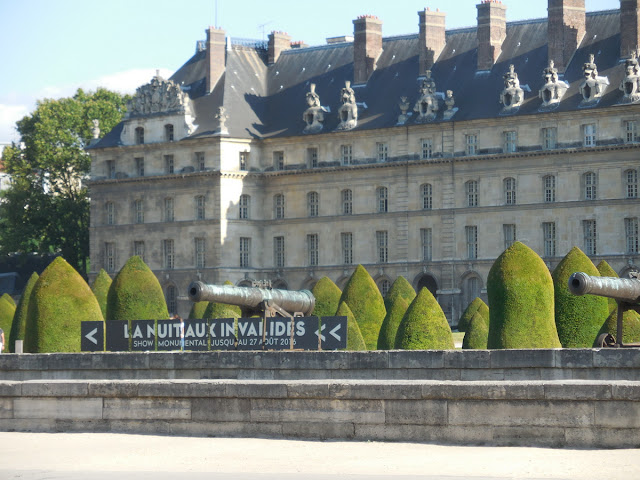 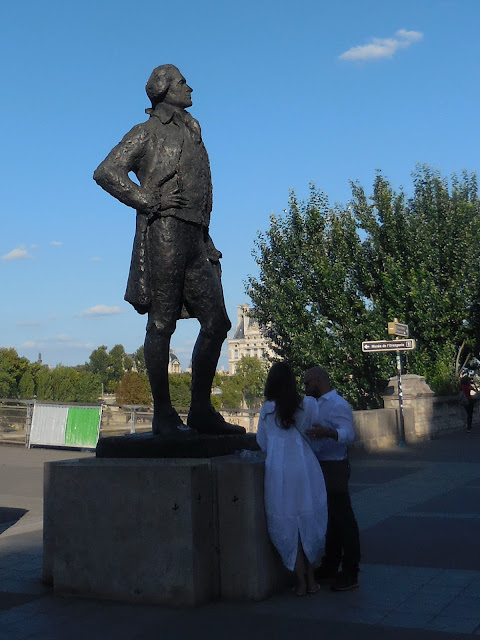 The statue of Thomas Jefferson, holding his plans for Monticello (below)
(on the Seine, across from rue Solferino). 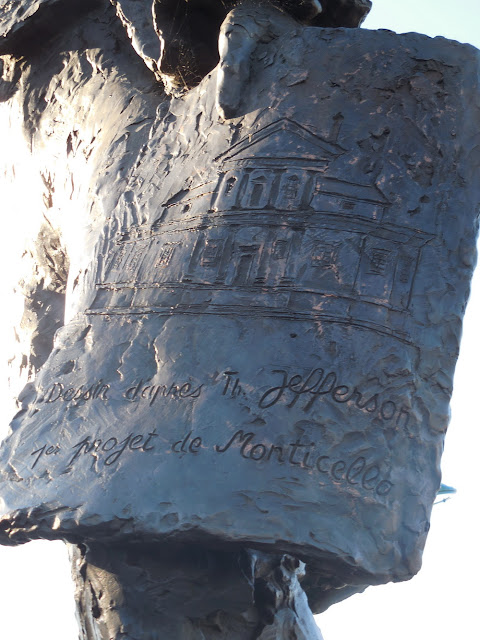 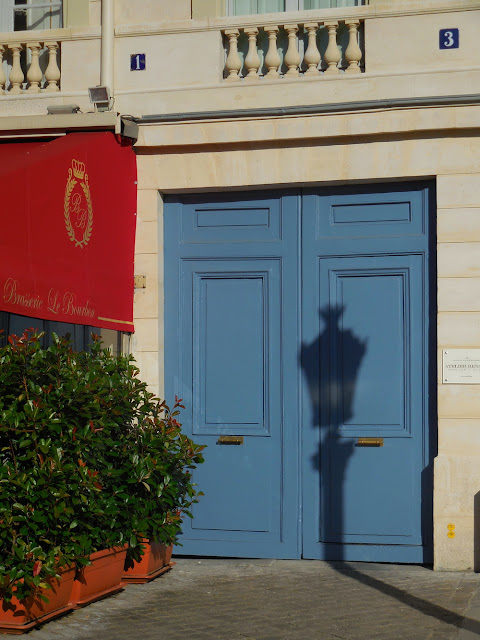 Shadow on a ubiquitous blue door, on the Place du Palais Bourbon.

Posted by Barbara Joy Cooley at 1:36 AM